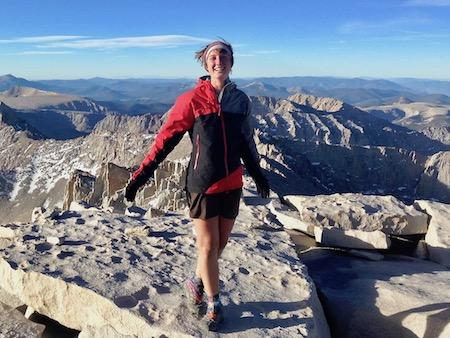 Known Superhuman Powers: Northwest born and bred, Bear Cat specializes in finding and sharing beautiful moments in her natural outdoor habitat. It could be spotting an unusual critter, appreciating a particularly silly joke, or being knocked over by the glory of the mountains, but Bear Cat always has her eye out for the little moments that make camp special, hilarious, beautiful and absolutely glorious.

Abilities: A community-builder at heart, Bear Cat specializes in bringing people together. With an open ear, she knows how to make an inclusive space outdoors for everyone, and works to meet campers whereever they are. You can count on Bear Cat to bring out the weirdest dance moves as well as the most tranquil moments of reflection. Bear Cat also loves to share everything she knows about all the living things you can meet outdoors. She comes equipped with an extensive list of silly and awe-inspiring animal facts.

History: During her childhood on a rural island in Washington’s Puget Sound, Bear Cat was lucky enough to grow up surrounded by mountains and ocean. She frequently took advantage of that fact, filling her days with forest rambles and beach adventures. For her, nothing was ever as much fun as getting outside.

For college, she headed to the east side of Washington state to Whitman College, where she focused her education on environmental studies and humanities, spent her summers exploring and teaching, and felt in love with climbing mountains.

In 2015 Bear Cat headed off on a grand adventure with fellow alpenguide Cindy Lou Who. Together they thru-hiked the Pacific Crest Trail, a 2,650 mile journey that challenged, reinvented, amazed and uplifted them. Their experiences, and the inspiration of living in the mountains, solidified Bear Cat's goal to dedicate herself to teaching others about the magical natural world around them. This conviction lead her to take a position as a teen mentor and environmental educator in Seattle, where she worked at both the Seattle Aquarium and the Woodland Park Zoo. After 3 rewarding years connecting people and animals, Bear Cat decided to head back to the mountains. She is excited to bring her backcountry knowledge, environmental experise, and creative spirit to a summer with Alpengirl, as she loves nothing more than living outdoors with friends. Bear Cat is Wilderness First Responder & CPR certified.

Current Base and Operations: Seattle, WA. During the week Bear Cat can be found heading to dance class, cooking up delectable feasts with friends, or hanging out with the lemurs at the zoo. Weekends you can try to catch a glimpse of her while she explores and climbs the mountains around her home.

Emma has nothing but "RAVE" reviews of the Lil' Alpengirl Camp! For 11-year olds, one week in Washington was perfect. Emma could have easily done another week (in hindsight) but anticipating a 2-week camp in the beginning may have kept her from signing up in the first place. She...