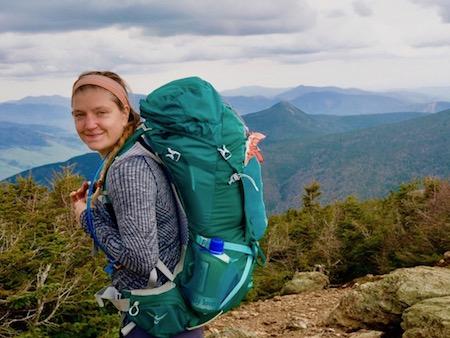 Known Superhuman Powers: Curious Chameleon can fit in, stand out, camouflage or dazzle.  She can blend into a mountain landscape or claim the spotlight in a wacky outfit! She matches herself seamlessly with the people she encounters, and her curiosity and skills of observation (its those swivel-y eyes) allow her to recognize people’s strengths even when they might not be able to see those strengths themselves. Lizards (and people) of every color of the rainbow feel empowered and strong in her presence.

Abilities: The Curious Chameleon has the ability to connect with people, believes in the power of listening, and values the many ways people communicate. These qualities create a chameleon who is particularly adept at meeting girls exactly where they are at, and who empowers them toward ownership and agency over their goals. The Curious Chameleon also has a collection of unexpected skills including musical abilities and Irish dance moves that are sure to brighten a crowd.

History: The Curious Chameleon grew up in Buffalo, New York, where her parents encouraged a love of the outdoors and a desire for exploration that continues to this day. She started hiking in the Adirondack Mountains as soon as she could walk, and her quest for adventure ultimately inspired her to hike all of the high peaks in the Adirondacks, making her an ADK 46er.

The Curious Chameleon’s explorations continued (and she became proficient at blending with navy blue) when she attended Middlebury College in Vermont, where she studied Sociology and Hebrew, played Varsity basketball, and hiked as much as possible. After college, the Curious Chameleon journeyed to New York City to teach at a social justice, full inclusion school. She then carried over the skills she developed working with children with different abilities to the legal field (more blending, this time into the world of business casual dress), where she worked at a law firm specializing in advocating for families of children with disabilities.

In the summer of 2018, the Curious Chameleon began to wonder what it would be like to backpack all day for a while, so she returned to Vermont and hiked the nearly 300 mile Long Trail from the southern terminus of Vermont to the Canadian border (at this point she was mostly blending with the color of mud). She loved the rhythm of waking and walking, the moving meditation, and the community formed on the trail. The Long Trail was the Curious Chameleon’s first experience thru-hiking, and she is already plotting for her next thru-hike adventure. The Curious Chameleon has completed her 200-hour Yoga Teacher Training and is CPR and WFR certified.

Current Base and Operations: Philadelphia, PA. The Curious Chameleon is currently pursuing a Master’s of Social Work at The University of Pennsylvania. When she is not in class, you can find her exploring the city on her trusty bike, practicing yoga, cooking and eating with friends, and working to make the community the best it can be.

This past summer at Alpengirl was a good experience for me, I met friends that I will have for the rest of my life, and I did things I never thought I could do. So, thank you for showing me that things that look impossible are only impossible in your mind, that I can do anything...

Getting Down to Business in the Woods
It’s day 2 of backpacking at Alpengirl camp, and you’re hiking along in the woods with your team of newfound friends. You’re feeling great! There’s been lots of laughter, songs on the trail, and good...
View Blog