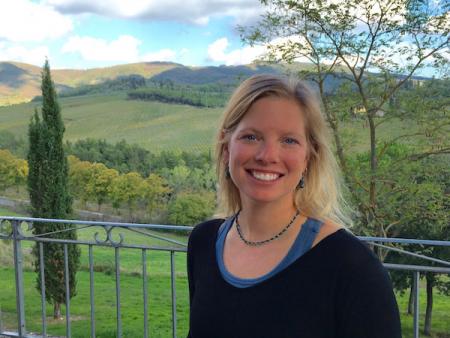 Known Superhuman Powers:  Jenanigans is a super-human trickster. Don’t be fooled by what appears to be a calm and cool woman, she’s got a story, practical joke or curious natural object in her magic *satchel of shenanigans that she’s just waiting to share with you - surprise it’s Jenanigans!

Abilities: Jenanigans is naturally curious with an engaging personality and has the extraordinary ability to find adventure in any experience. These attributes, along with the satchel of shenanigans have proven to be a winning combination for Jenanigans and for those individuals and groups that are lucky to be in her vicinity to receive her gifts. Some of the gifts she has been known to provide to others are: a continuous smile no matter what the circumstance, hot drinks that seem to appear out of nowhere on a cold day, and a campfire complete with a guitar and a song.

History: In her youth, Jenanigans was fully engaged in the practice of enjoying nature, she was often found outside turning over rocks and pebbles in the streams of Western North Carolina in search of exotic creatures such as salamanders and crawdads. She found daily happiness exploring the Appalachian mountains from sun up to sun down. When not exploring the mountains, Jenanigans could be found feeding the ocean waves with sand from her hands and turning over what ever she could find on the ocean floor on the coast of North Carolina. As a young adult and well on into adulthood Jenanigans curious nature led her farther and farther away from her homeland to distant locations such as Africa where she learned to carefully turn over rocks because the exotic creatures were much bigger over there, and to Europe where she discovered her love for history, historical artifacts and architecture, and to South America & Antarctica where she fully engaged her abilities in adventure travel. Jenanigans was eventually led by her curiosity to the Western US where she earned her BA degree in History from the University of Colorado at Boulder. While out west she worked as an outdoor instructor for the National Outdoor Leadership School (NOLS). Then, an extraordinary thing happened to Jenanigans, she fell in love with Montana where she has worked as an operations manager at Adventure Life Journeys, as a lead wilderness guide for Girls Using Their Strengths (GUTS), as a snowboard instructor at Big Sky Resort and as recreation leader for the City of Bozeman Recreation Department. Jenanigans is a certified NOLS Instructor, Leave No Trace Master & Wilderness First Responder.

Current Base & Operations: Bozeman, Montana. Jenanigans is currently a Mental Health Counselor. In her free time she can be found snowboarding, trail running, practicing yoga, trying new recipes, climbing rocks, or enjoying outdoor adventures with her dog Emma and her husband Mike.

My daughter Emma went to Alpengirl at age 11. She is almost 17 now and still talking about it. I found the staff to be extremely personable, responsible and authentic. We live in Texas and I sent Emma all the way to Washington to do the camp and she didn't even know anyone. She loved...

Missing Camp?
Missing the fun and excitement of summer adventures with Alpengirl? Create some Alpengirl 'Altitude' at home with one, two, or all five of these activities:1. Take a trip down memory laneNothing...
View Blog