Thank You for an Amazing 2019 Summer

A Successful Summer at Alpengirl Camp 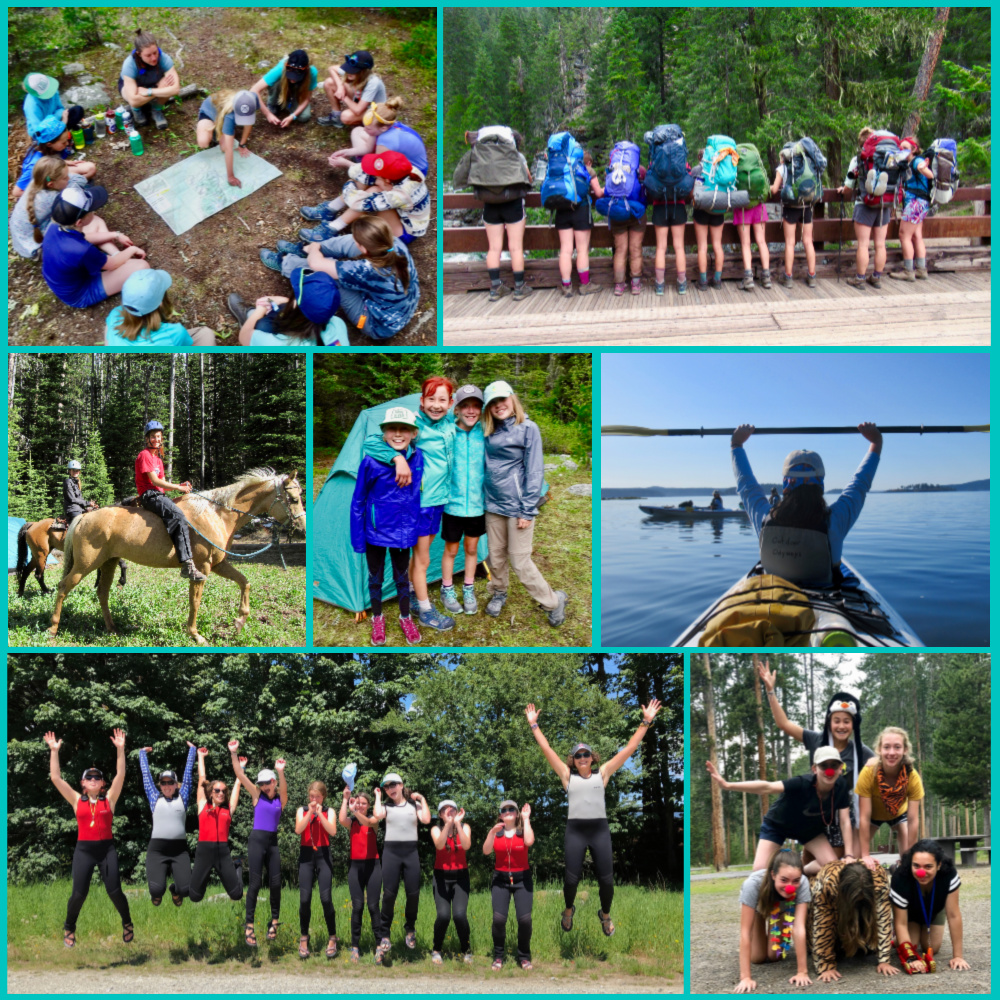 Alpengirl’s 2019 summer camp season has come to a close and we would like to offer a resounding and sincere THANK YOU to all the campers, camp staff, camp families and outfitters who helped make this season such a success!

These last months have been filled with long, exciting, fun Alpengirl days. We’ve been up with the sun (and sometimes before!); we’ve seen Alpenglow at sunrise on glaciers in North Cascades National Park and watched the moon rise during an evening horseback ride on the Continental Divide in Idaho. We’ve sipped tea at early morning Leader of the Day meetings with girls who will be the leaders of their generations, and watched every camper demonstrate her own unique style during her turn as Leader of the Day at camp.

We’ve packed backpacks of every shape, size, and color, and watched campers grow in strength and confidence as they carry those packs on trails in the Hoh Rainforest, under the volcanic crater of Mount Saint Helens, and up and down mountain switchbacks from Washington to Montana. We’ve “ridden the bull” during whitewater rafting, and we’ve caught waves and flashed a “hang loose” while surfing on the Oregon coast.

We’ve followed our noses from morning yoga sessions to find delightful breakfasts prepared for us. We’ve had lunch picnics at trailheads, in parks, next to kayaks, and while wearing our rock climbing harnesses, and we’ve thanked our cook group nightly for delicious and satiating dinners.

We’ve counted shooting stars from our sleeping bags, heard the pitter patter of raindrops on the tent fly as we zipped up our sleeping bags at night, listened to the hooting of the screech owls, and fallen asleep to the soothing sound of too many rivers, streams, and ocean waves to count.

We’ve laughed and been amazed at the creativity and spontaneity of our campers and staff: from remarkably original costume contest characters, to the songs, poems and skits prepared each session’s talent show, from whale breaching imitations while swimming to presentations of imaginary tidepool creatures at the beach, our campers surprised us at every turn with their imagination and enthusiasm. And we’ve filled our memories up with friendship, community, nature, and FUN!

None of Alpengirl’s magic would be possible without all of you, and we thank you once again. If you would like to have the photos of these trip highlights and many, many more camp memories, all the photos from the summer are now ready for delivery and will be sent to those who paid in advance. If you would like to receive the images from your session, send a check for $40 to Alpengirl at PO Box 1138, Manhattan MT 59741. And remember, proceeds from the photo sale go toward camper scholarships for next summer.

Speaking of next summer, it is already on our minds here at the Alpengirl office. All our gear and supplies have been tuned, cleaned, and stowed for next summer. Having sorted through thousands of delightful photos, made a few creative lunches with the last boxes of Annie’s mac and cheese, and replaced all the forks and spoons that mysteriously disappeared from the kitchen supplies this summer, planning for Summer 2020 is well underway! Stay tuned for the camp schedule and session dates.

Laura remains in her role as Assistant Camp Director for Alpengirl this year, and is looking forward to a fun and productive winter working alongside Camp Director Alissa to keep the Alpengirl spirit thriving until we can get back out on those trails and waterways next year. We’re already looking forward to it - but until then, don’t forget to thank your Cook Group, keep your backpack straps properly adjusted, and let your camp necklace remind you of all the things you learned and all the ways you grew with us this year!

Kaley really bonded with the other girls - the comradery was the best for her. For us, she participated in a wilderness experience that was totally positive. She is calmer and more focused. Kaley experienced the wonders of mountains and wilderness areas, learned some valuable...