Lots of Laughs and Memories Made 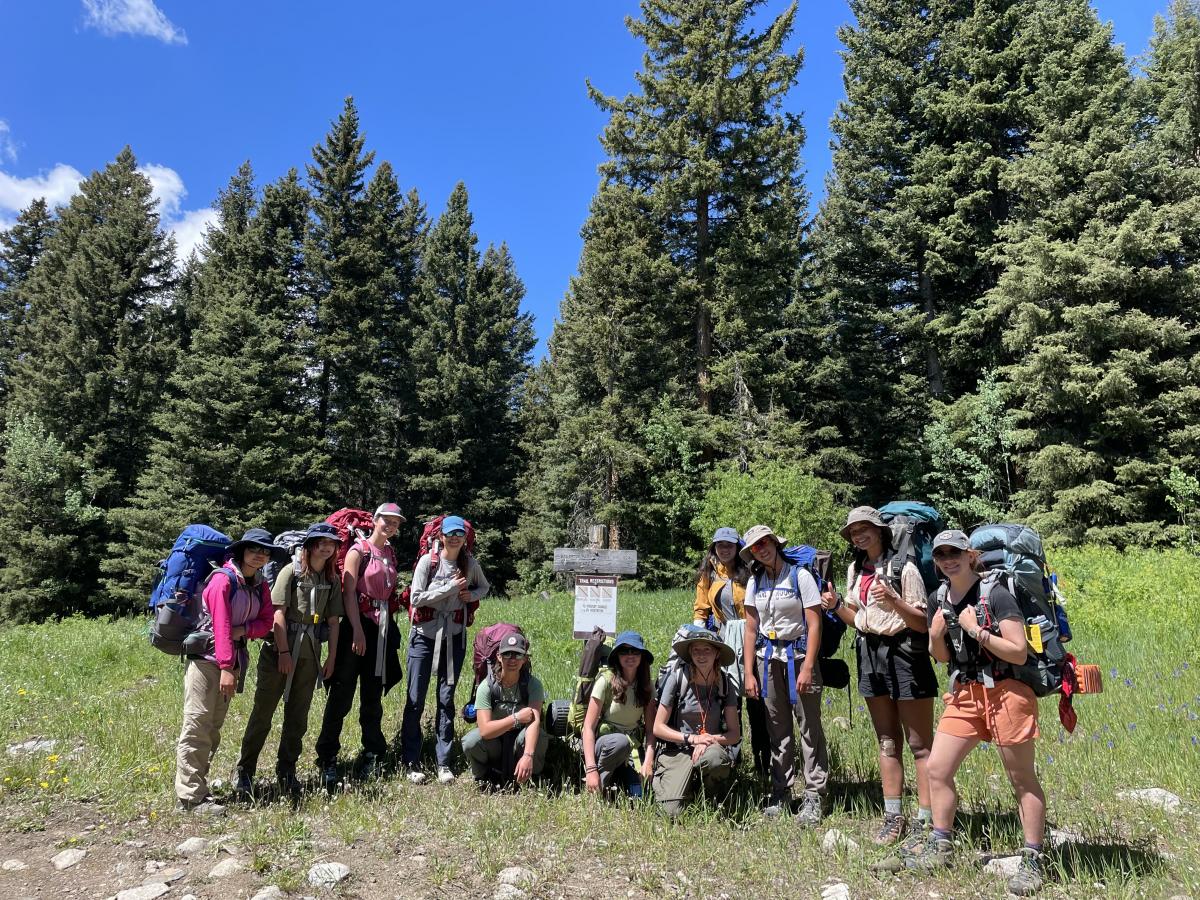 Today marks the second to last day of camp and everyone has bonded closely with their new friends, yesterday being one of the best of the session.

Wednesday, Nora and was extremely efficient as the leader of the day (LOD). The girls were able to accomplish what we had planned for two days into just one! Therefore, we had more time the following morning for our day hike to an alpine lake. The girls woke up to bagels and cream cheese and they sat by the water to appreciate the view of the tobacco roots during breakfast.

Merrin and Elizabeth lead the group in yoga and then Raven let the group in a meditation. After the meditation, the girls started working on their final tasks to earn selected skill beads, and practice acts for the talent show. Vic and Nikki were eager to participate in the wilderness first aid demonstration and used the lesson to get their skill beads. Later, Jess lead a small hike down to the lower lake, where Ava was the first to jump into the cold snow melt water. Brrr!

Here, after their dip, the girls worked on Alpen essays, spreading out along the shoreline and appreciating a little quite to write. That evening, after a dinner of fancy mac and cheese, everyone got ready for the talent show! Once the stage was set, they gathered by the fire pit at the water’s edge.

Emma took the mic as MC, dressed up in bandana and sunglasses to announce Ravens act. She (Raven) had made drawings of everyone at camp and handed them out each camper along with a poem on the back. At the end there was a surprise. It was a drawing of Ed Sheeran! But Nikki, (who was acting as an Ed hater) took the paper and trough it into the fire! Thus commenced the skit: Ed Felt Misunderstood …but then years later people started liking his music again. Vic, Merrin, Elizabeth, and Nora made a dance to an Ed Sheeran a song, while others acted out parts of his life. Such creative and entertaining acting! There were laughs all around.

After the talent show commenced, Bea lead an activity for her camp group living bead. The activity was for everyone to go around in a circle and say a nice thing about a certain person or what they had appreciated that person doing on this trip. So many compliments were exchanged and happy tears shed. The night ended with a group of young women, who 11 days ago were strangers, now close friends, gazing up at endless constellations in the big Montana Sky.

I powered myself with my own positiveness. I pushed myself and tested my limits and it was amazing. I transformed in to someone… who could do anything.

Backpacking SW Montana
Hello from Montana Lil B’s! Today we finished our backpacking adventure, hiking into the Tobacco Root Mountains to arrive at beautiful Hollowtop Lake!On the first day, we loaded up our bags and set...
View Blog